When it Comes to Mental Health, Entrepreneurs Need to Start Talking

In today’s society, entrepreneurship has been glamorized. The media and pop culture has portrayed entrepreneurship as ultra desirable — entrepreneurs are their own boss, they get to work whatever hours they want to, in a fun environment, and they’ll get obnoxiously rich on their way to disrupting an industry or changing the world for the better.

Today, it seems that everyone wants to be the next Elon Musk, Bill Gates, Steve Jobs, Mark Zuckerberg or any one of the 20-something entrepreneurs in the Bay Area whose companies get acquired for billions of dollars without revenue. We often read stories of startups that enjoyed “overnight success,” and while discussions surrounding entrepreneurship tend to center around achievement and accomplishments, they may overlook the dark reality that entrepreneurship negatively correlates with mental health.

In fact, a swelling community of scientists, psychologists and others are turning their attention to the mental health of entrepreneurs, concluding that mental disorders are not only common but may actually fuel the entrepreneurial drive.

In light of Mental Illness Awareness Week (Oct. 7-13) and to spread awareness about mental health issues amongst the Denver startup community, we sat down with Mark Nolte, the co-founder and CEO of Start Talking, a HIPAA-compliant and encrypted video platform that provides online counseling and therapeutic services, to discuss mental health awareness and how it relates to entrepreneurs. 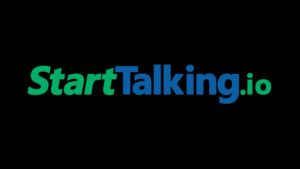 Been There, Done That

As an entrepreneur himself, this topic is near and dear to Mark. He was diagnosed with depression in 2010, but fortunately, he sought help, and now he lives a happier and more productive life. He’s been there, he knows the pain and suffering as well as how inconvenient and frustrating the antiquated and difficult process that seeking mental help can be. And he’s seen what happens when people don’t get the help they desperately need.

One in three entrepreneurs lives with depression, according to the University of California study referenced earlier. Because depression is one of the greatest causes of suicide, this statistic is rather alarming. Consequently, it is important that if an entrepreneur feels like they are struggling, they should immediately seek the therapy or alternative help they need.

Entrepreneurship can be a rollercoaster ride of emotions. For every high, there seems to be a low waiting around the turn and vice versa. Dealing with the inevitable highs and lows can be incredibly stressful, and many entrepreneurs feel trapped in a “never-off” mentality. Entrepreneurs are forced to always be “on,” whether dealing with clients, customers or employees, and these stakeholders all depend on founders operating at peak mental and physical condition.

Today, one in five people in the United States are diagnosed with a mental health issue, but of those diagnosed, a mere 40 percent go on to receive therapy, emphasizing the “treatment gap” in mental health care. Worse yet, individuals who ultimately seek treatment often wait a decade or more to get help. A lot of people think that mental health equates to instability or being crazy, but that’s just not true. I’d place bets that thousands of people don’t seek help due to the stigma associated with mental health issues.

If someone seriously injures their shoulder, they would likely get physical therapy to repair the damage done. We need to look at the brain in much the same way. If you are struggling mentally, you need to get therapy. Mental illness, like a physical ailment, is treatable, but before we can support individuals in getting help, we need to address the misconceptions and remove the stigma associated with mental illness that often prevents people from seeking help.

Mental health resources are limited for the majority of the country. In fact, more than 60 percent of all counties in the United States do not have a single psychiatrist. Exacerbating the issue, that number jumps up to 80 percent in rural areas. Many other areas lack a sufficient number of psychiatrists to effectively treat residents with mental illness. Worse yet, entrepreneurs tend to have very basic (or no) insurance without the “premium” coverage for mental health support.

The cost of behavioral and mental health treatment often limits access to services, especially with bootstrapping entrepreneurs failing to calculate therapy into their budget. And when people can afford treatment, a lack of financial resources can lead to irregular or insufficient treatment.

One of the most important things one can do to avoid mental health problems is to get plenty of sleep. Other tips include eating properly, exercising (whether aerobic or strength training), taking time off on weekends (reminder not to be always-on). Consider taking some legitimate vacation time. Constant work and leadership is exhausting and can have debilitating side effects. Whether simple burnout or a precursor to slipping into a bad mental state, it’s important to consider there might be underlying mental health issues.

Unfortunately, no mental health issue is going to be resolved overnight. Anyone who is feeling overwhelmed and needs help or who feels that an acquaintance of theirs might be battling an issue is encouraged to seek assistance. Immediately.

As Mark discussed with his psychiatrist, the longer you seem to be having a mental issue, it can take equally as long to begin feeling productive and content with their mental health again. The sooner someone struggling can get help, the quicker they’ll be able to begin improving their mental well-being and their life.

Know the warning signs. Are you having a loss of appetite? Unintentional weight loss? Trouble sleeping? Difficulty maintaining concentration throughout the day? Everyone, especially those susceptible to mental health struggles should take time to practice wellness.

Feelings of worry, stress and depression are not signs of weakness. We all need some kind of therapy at some point, be it physical or mental, and it’s best to ensure a problem doesn’t get worse than it already is.

We all have life stressors, be it divorce, loss of a family member, trouble with leadership or struggles with a coworker. If you feel yourself slipping, get help as soon as possible so you don’t let problem fester. Even just a few sessions can help someone get back on track as opposed to letting an unchecked issue grow more severe.

It’s important for people to share their struggles, and not be embarrassed or ashamed. Mark has turned his experience with mental health into a career, helping remove stigma associated with mental illness and helping people get the help they sometimes need.

About the Author: Alex Neil